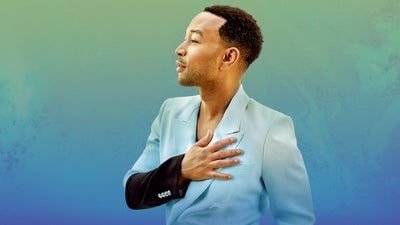 Piano virtuoso and vocal crooner John Legend has had fans awestruck ever since his 2004 debut album Get Lifted. Whether he’s performing hits at the 56th Grammy Awards or collaborating with some of R&B’s top acts, John Legend doesn’t need much in order to deliver an exceptional live show. Often playing with just a solo grand piano, he allows his soulful vocals to be at the forefront as he treats concertgoers to hits like “Ordinary People” and “All Of Me.” Legend will continue to reward fans with his smooth slow-jams on a string of intimate upcoming tour dates.